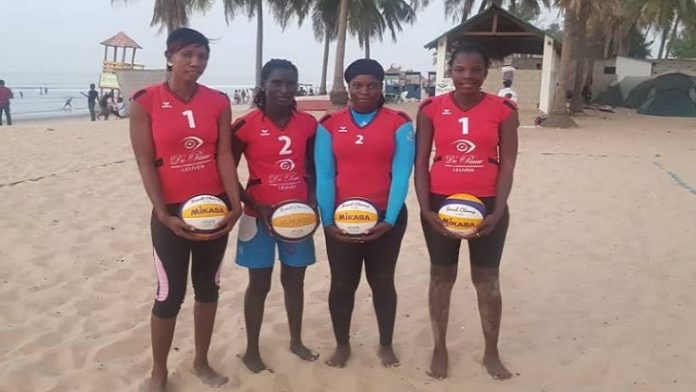 The Gambia national women’s beach volleyball team is involved in a highly competitive tourney in the on- going ZONE II qualifying matches for a place in the Tokyo Olympic games.

These latest round of games will be played Guinea Conakry.
The Gambian team, coached by Pa Barrow will face host Guinea, Sierra Leone, Mali, Cape Verde. The teams that finish among the top three will gain tickets to the next stage of the qualifiers.

According to the Gambia Volleyball Federation, there have been slight changes to the squad with Saffie Sawaneh coming back while Mariatou Gitteh will make her debut for the country. Regulars Abi Kujabi and Fatoumatta Ceesay maintain their places.
The tournament will start tomorrow January 7 and ends on 11th January. The Gambian team leaves town today.

The Gambia is well respected in the sport around the continent after the men’s team became the African champions at the African Games in Morocco last year.