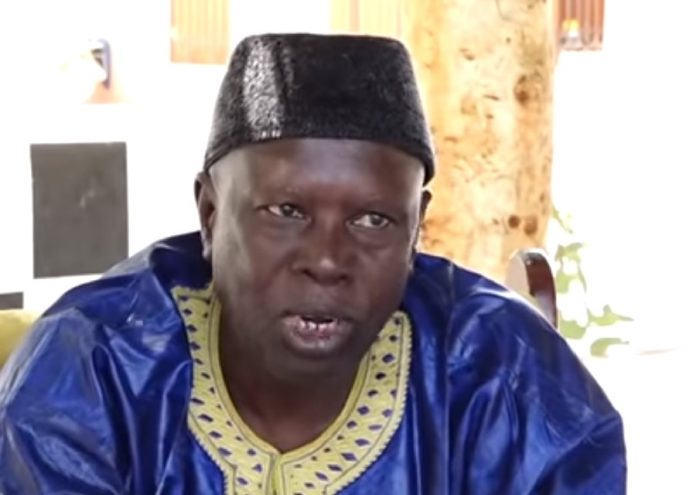 EJ Investments, a property developer on Thursday, 2nd May 2019, told journalists that its lands which the Gambia Tourism Board claimed to be within the Tourism Development Area are actually not located within the 800-metre space from the sea as specified by law.
Therefore, the lands, part of which are already being sold to clients, are within the safe zone as far as the Act is concerned.
GTBoard was involved in a contention with the property developer earlier this week when the institution claimed the lands owned by the estate agency in Tujereng and Sanyang are located within the TDA.

EJ Investments said its land in Sanyang is 1,400 metres from the sea.
The estate agency held a press conference on Thursday where its legal representative, Mr Abdoulie Fatty Esq, and proprietor Ebrima Jeng dismissed the claims by GTBoard.
EJ Investment’s legal representative, Abdoulie Fatty said: “We want to let the Gambian people, both home and abroad, know the truth and the prevailing circumstances to make their own informed judgment. I want to make it absolutely clear that EJ Investment is a very respectable company with an impeccable pedigree and they have not at any point engaged in anything that undermined the investment or interest of the people they deal with.”

Lawyer Fatty further explained: “We want to make it absolutely clear that the Sanyang Seaview [land] is not within the TDA. It is 1,400 metres away from the TDA. So the claim made by the GTBoard is completely false and unfounded. We have all the approvals from the Department of Physical Planning and all other relevant authorities. We have all the documents including the title deeds to prove our case.”
“EJ Investment acquired the land in question in Sanyang from the Nambara Kunda family and the entire process of acquiring the land was transparent. The people of Sanyang are hundred percent behind EJ Investment because we treated them with the utmost respect,” he added.

Fatty said since the press release was issued, there has been “a serious impact” in terms of those who want to buy EJ Investment’s properties in Sanyang.
“The intention is clearly to tarnish the image of the company and I want to say that it is disappointing for a public body like the GTBoard to issue such a malicious statement against a respectable company like EJ Investment without considering the consequences,” he added.

He said what happened in Faraba Banta and Gunjur are clear testimonies that a public institution like GTBoard should be “very mindful of making such malicious statement” that could spark unrest in the country.
“They should realise that they are treading on very dangerous waters and the earlier they realise the better. EJ Investment wants to assure all those who purchased lands from us in Tujereng and Sanyang that their investments are in safe hands,” he added.

He said the action of the GTBoard is “selective to purposely target EJ Investment”, adding “Why will GTBoard single out EJ Investment especially in Tujereng where other real estate agencies have built properties very close to the high water marks?
“Apart from residential homes, EJ Investment wants to use part of that land to build tourism development-related structures to attract tourists,” he said.
In conclusion, Lawyer Fatty said in line with all that has happened, it will be in order for GTBoard to issue another statement and retract its previous one.
Ebrima Jeng, the proprietor of the EJ Investment, said his company has made D200 million worth of investment on its properties around the coastal area.
Jeng said the press release from the GTBoard has the potential to severely affect their business as it could affect public confidence, saying GTBoard should offer its immediate apology.

“We are very disappointed about the baseless allegations made against us by GTBoard. We are afraid that it will scare away future investors, especially young Gambians, if the same government institutions who encourage people to invest in the country are acting this way. It is disappointing,” Jeng said.
The decision taken by the GTBoard has sparked widespread condemnation from residents and some concerned Gambians, who viewed it as a witch-hunt directed at EJ Investment.
According to the GTBoard, the West Coast TDA comprises the coastal stretch from Kotu Bridge to Kartong measuring 800 meters inland, from the high water mark.
GTBoard also claimed that EJ Investment has some properties in Tanji, Batokunku and Kartong, a claim that the company’s management denied, arguing that they only have properties in Tujereng and Sanyang, which have never been a subject of interest to the TDA.

Tujereng
“The move can only be viewed as a witch-hunt as many other residents in the area are far closer to the high water mark compared to the area acquired by EJ Investment,” Haruna Bojang, a brother to the Tujereng alkalo said.
He said although there are areas leased as TDA in Kombo South since 1969, Tujereng in particular was not part of the list and therefore any attempt from the GTBoard to claim ownership of the land in question will be viewed as illegal. “We are ready to put our lives on the line. We want them to show us proofs that this land is in the TDA.

“The land is traditionally owned by the Badoma family and they have been farming in the area for the past years. It was this year that they sold the land to EJ Investment. I cannot remember receiving anyone from the GTBoard about this land,” he added.
Musa Jawara, an 80 year-old man said his ancestors farmed the area well before he was born, adding: “We have been farming since then and no one has even for once come to us to inform us that the land is part of the TDA or whatsoever. We will prefer death to allow anyone take our land from us.

“I don’t know why but a lot of things have happened to us during Jammeh’s time. Our landed property measuring 1,500 x 1,500 metres was taken from us. But this time round, we are not ready to sit back and watch.”
Kafu Bayo, also a resident of Tujereng said the place is owned by their ancestors and they have been farming in the area for the past hundred years or so, saying the said land is the only hope they have left and that if the government takes it from them, their lives would be reduced to nothing.

Mr Hydara, a Gambian national who has been living in Jamaica for the past years, is also affected by the press release issued by the GTBoard.
Hydara had already laid the foundation for his multi-million dalasi construction project which will take the form of a school and an orphanage.
He said if GTBoard succeeds in stopping his project from going ahead the country stands to lose “a huge investment” that was suppose to benefit thousands of young Gambians in the future.

“We have already spent about US$40,000 and as we speak it is having a big impact on us, because our donors will not give us money anymore,” he added.

Sanyang
Karamo Bojang, a resident of Sanyang and a member of the Nambara Kunda family, who sold the land to EJ Investment said: “I want all EJ Investment customers to know that all the company’s lands in Sanyang are completely out of the TDA.
“We believe as Gambians who want this country to develop we should stop using our positions and offices to undermine our fellow countrymen who are contributing immensely in the country’s development. As far as the land in Sanyang is concerned, it is totally away from the TDA and there is no reason for them to be concerned,” he added.
Lamin Bojang, former member of the Coastal Management Committee, said the definition of 800 meters from the high water mark as the TDA, has not changed.

“So I am surprised that the GTBoard has issued such a statement without making any consultations to ascertain whether the properties in question are in fact part of the TDA. It is unprofessional and I believe they should immediately withdraw their statement.
“I think it is also important that we encourage our people who are investing in the development of this country. I believe the Department of Physical Planning who certified the land before it was sold has not lost its institutional memory with regard to the TDA. The land in question is clearly 1,400 metres away from the high water mark.”
Mr Bojang added that the departments of Physical Planning and Surveys have all certified that the land is not within the TDA and therefore the customary land ownership should be respected in that regard.

“We would want to encourage the GTBoard to embrace dialogue in this matter so that it could be addressed amicably without any further damage. If not, I am afraid, the consequences could be dire. We are selling these lands to the real estate agencies so that we can also have beautiful places in our village,” he added.
He said the owners of the land in question have been farming in the area for the past hundred years and that no one has ever confronted them with regard to the land.
The GTBoard has also been accused by some residents of selling properties to individuals for residential purposes in the said area.
Ousman Bojang, also of Sanyang said they inherited the land in question from their father and no amount of pressure can force them to relinquish it. 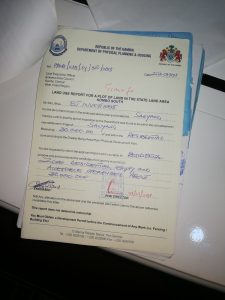 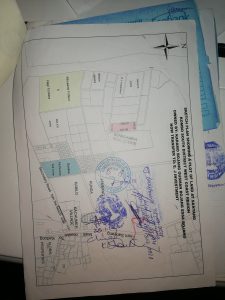 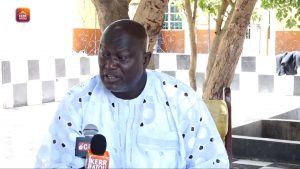 Queen Elizabeth’s Royal Visit to The Gambia, 1961: A historical revisit