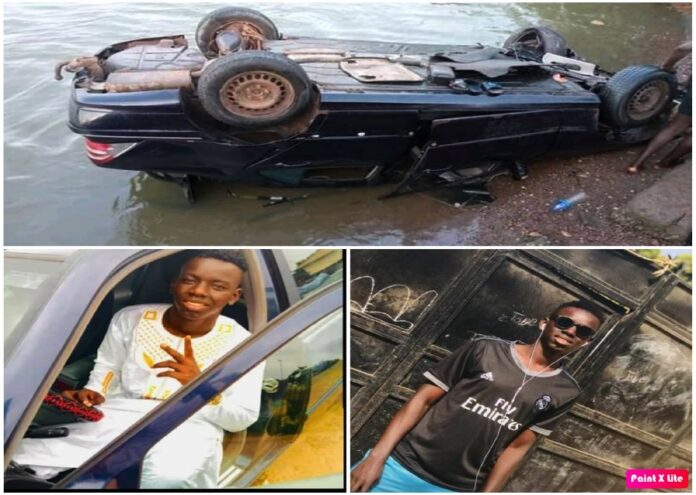 The missing passenger on the crashed Under-20 welcome entourage car has been found dead under the Cape Point Bridge yesterday morning.

He was Ebrima Marrie, also called Master. The young lad was among half dozen others in the car, which hit the railings on the side of the old bridge and plunged into the water underneath. Moments after the accident on Tuesday, eye witnesses said those on board including one with a possible broken leg and a little child, were fished out of the car alive and taken to hospital but one other passenger called Master was missing.

He was found dead yesterday morning after a new search was conducted in the area. Report said young Ebrima was from Foni, now resident in Yundum and he was said to be a friend to one of the players in the Under-20 team. The Gambia Football Federation president Lamin Kaba Bajo and staff visited the bereaved family to sympathise with them.
Scores of Gambians from all walks of life yesterday paid tribute to the late Ebrima’s patriotism and love for country.