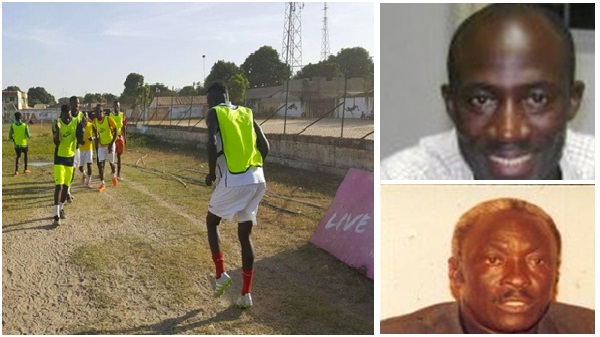 A new sports levy to come in to place next month will raise hundreds of millions of dalasi to finance Gambian sports.
The new policy, approved by the national assembly and cabinet is being hailed as a long over due action to fund the least funded sector of Gambian economy, sports.
According to the Public Utilities Regulatory Authority, PURA, the Government of The Gambia introduced the new levy for sports development and it will be collected from the telecommunications sector in The Gambia.

The new levy is charged as follows: a) US $ 0.02 (two cents) per minute on all international incoming calls into the country. b)D 0.50 (fifty bututs) per minute on all local calls or charge a levy of 1% on airtime purchase.
The new levy will come into effect on 10th June 2019 according to PURA.
News of the levy was received both with much joy and caution within the sports fraternity. One expert told The Standard yesterday that the money expected to be raised from the levy is huge enough to build much-needed infrastructure and fund national teams of all disciplines. If correctly implemented a company like Africell with its large subscriber population and huge traffic of calls can fetch over D200 million a year, said an expert in the telecommunication field.

He said it would mean that the cost of calls may be slightly adjusted meaning, the Gambian people, who are users of telephones will be bearing the cost. The Standard contacted some sports administrators for their reaction to this development. Bakary Jammeh of the GFF said this development when properly implemented will fill the gaps in sports development in general, such as the acute shortage of standard infrastructure. “It takes a lot to win a football match and when you do not have the basic standard facilities you cannot compete against teams that have access to quality infrastructure day in day out. We at the GFF are very excited about this development because it can help finance the national teams’, meaning the Fifa financial assistance can now be entirely used for developing all the aspects of the game more efficiently”, Mr Jammeh said.

Dodou Joof, president of the Gambia Athletics Association, GAA, welcomed the development. “I have always maintained that athletics is the most important Olympic sports and for that matter it requires attention. If all the monies football gets is given to athletics we would have been very near an Olympic medal by now. I want to call on the authorities to manage this money very well and get professionals to administer it because I can remember the cigarette levy for sports which did not go well ,” he warned.
Also commenting on the levy, a sports follower who begged for anonymity said this could be another avenue for some corrupt officials to get rich. “I did not see any capacity among the current administrators impressive enough to see this project through. I am urging the government to set up a separate independent entity to manage this fund, ” he said.