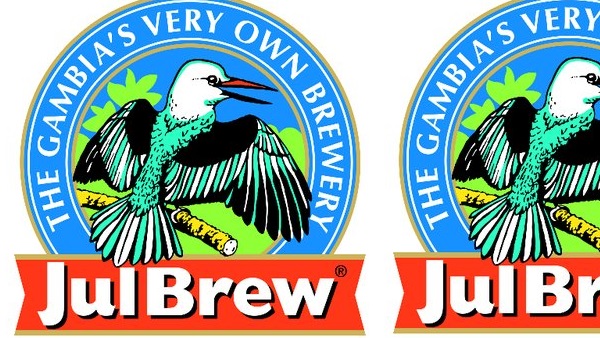 Experts said from December 2018 to March 2019 alone, some D97million dalasi has been paid as tax to the Gambia Government by the BBL which is unsustainable and will certainly lead to a close down of operations.
The closure would lead to the loss of 200 jobs including staff and wholesalers across the country.

The Sales Manager for Banjul Breweries Mr. Borri Darboe described the new tax policy as an ‘outright foul play’ since the company had never been consulted neither received any official letter from the government informing them of the policy which he said is affecting the general mood and the operation of the company.

“We have made our concern known to both the Ministry of Finance and that of Trade which include our fear that the consequence of this tax which has hit us so badly could result in the scaling down of the staff, which unfortunately has started,” Darboe said.
He said BBL is surprised that Government will formulate such a policy without any consideration for the terrible consequences it could have on the livelihood of the people. He further lamented that the Government failed to consult the company before taking such a drastic decision.

Mr Darboe said BBL has written many letters to both ministries and only the Trade ministry responded assuring that they have taken steps towards solving the matter, but the Ministry for Finance which is the principal player in the issue never bothered to reply.
Darboe noted that the company has learnt in discussions with the Ministry of Trade that the policy was not planned to be applied on domestic products but was mistakenly applied on them first and after realising the mistake, they had to hike the foreign products.

“That is not convincing because we have realised that this tax increase was determined base on the supermarket and hotel prices for our products. You cannot measure price increase of the commodity based on what is tenable at the hotels and the supermarkets. We are not opposed to the increase but we believe that the measure is too stringent that it is going to drastically affect our growth and turn over. There is place in this sub region where excise tax on domestic produce has moved from 10% to 75% over night,” he said.

He said only Senegal attained 50% for its fast growing economy as it is the limit set.
Darboe also alleged that the government was made to believe that the company is producing 300,000 hl every month, adding that it was because of this misinformation that the IMF reportedly advised that Banjul Breweries could be an avenue where government can get lot of money for their coffers as tax revenue.
He said contrary to the 300,000 figures which was erroneously indicated, BBL’s actual highest capacity ranges from 6000 hl to 9000 hl a month.

“Our total production in this year is in fact about 108,000 hl. We are therefore shocked and wondering where and how they got the 300,000 hl figure. This is very wrong and therefore any decision based on this should be revised accordingly especially if it impacts on the livelihood of lots of people,” Mr Darboe said.
He said if the BBL can produce that high figure a month, it would have opened new outlets across the country and employed more Gambians.

“The IMF actually visited us to know the impact the excise tax had on our operations and we told them that the policy is really a bad one which is not helping the Gambia neither the companies. The IMF told us that they never advised government to apply this policy all at once,” Mr Darboe said.

Darboe said the BBL has been operating in The Gambia for 40 years and has never failed in its tax obligations, as was even voted the biggest taxpayer in 2017 contributing D120 million which increased by 10% as of 2018.
“As it stands, the government is gaining while the Company which generates the tax is losing. In March we ran completely red at -33% and this trend cannot continue and at the end of the day BBL would have with no option but to close down operations,” Mr Darboe said.

He added that the main stay of the company is beer, depending on a higher volume from hotel industries and restaurants. “If you take out the beer from the line the Company goes down, as what is raised from soft drinks cannot sustain the operations and activities of the Company.

Soft drinks like Vimto, Cocktail, and Malta are down to 11, 4, and 25% respectively.
“When this tax was introduced it automatically increases our wholesale price to 59% because the 75% increase excludes VAT and if you apply the 15% VAT it would be 90% and that is why it is difficult for an ordinary person to buy the drink now. The restaurant owners and wholesalers have made their concerns to us and it was total outcry since they thought it was our fault but when we referred them to the minister’s budget speech, they came to realise that it is not Banjul Breweries but government imposed order”, Darboe stated.

Anxiety over job security within the staff
According to Mr. Darboe, the staff are anxious, not knowing who could go home.
“People who worked here for over decades could be laid off for no reason but the bad laws. Everybody here is worried including the hotel industry because we are only waiting for signal and if signal comes for us to shut down operations we shall all suffer.
“Laws can be made but if you realise those laws are bad and does not address the aspirations of the investors and the people of this country; the best you should do is to revisit them and try to adjust to meet the aspirations of the people. We have sent four letters to the Ministry of Finance and up to today, nothing has been done about it.”
Mr Darboe said a similar situation happened to Gambega and all what they do now is to import.

“Is that good for our country? We should encourage private foreign direct investment where people could come build factories so that our young people could be engaged to reduce unemployment,” Darboe warned.
Alagie Ceesay, the president of the BBL staff union said they are working under an atmosphere of uncertainty with a threat in minds that they could be part of the layoffs.
He explained that Banjul Breweries production base is higher in alcoholic progression than the soft drinks and generates more money. “This is affecting everybody and has added an extra work burden on us.”

Ceesay called on government to revisit the issue and seek advice from neighbouring countries before introducing the new tax measures.
“This is worrying because if this company closes it would hamper the lives of hundreds of Gambians who would be going home,” Ceesay warned.
Ismaila Danso, the Public Relations Officer for the BBL staff union called on President Adama Barrow to intervene on the matter cautioning that if nothing is done to solve the issue “Julbrew would close because the tax they levied is unaffordable.”

“We are all breadwinners to our respective families, and indeed very sad that our colleagues have gone home because of the layoffs. Let the government urgently look into the matter because we are not against it but let it be reasonable to allow the staff continue our work,” the PRO said. 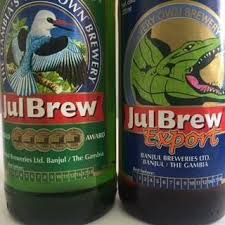